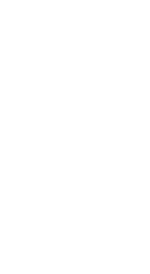 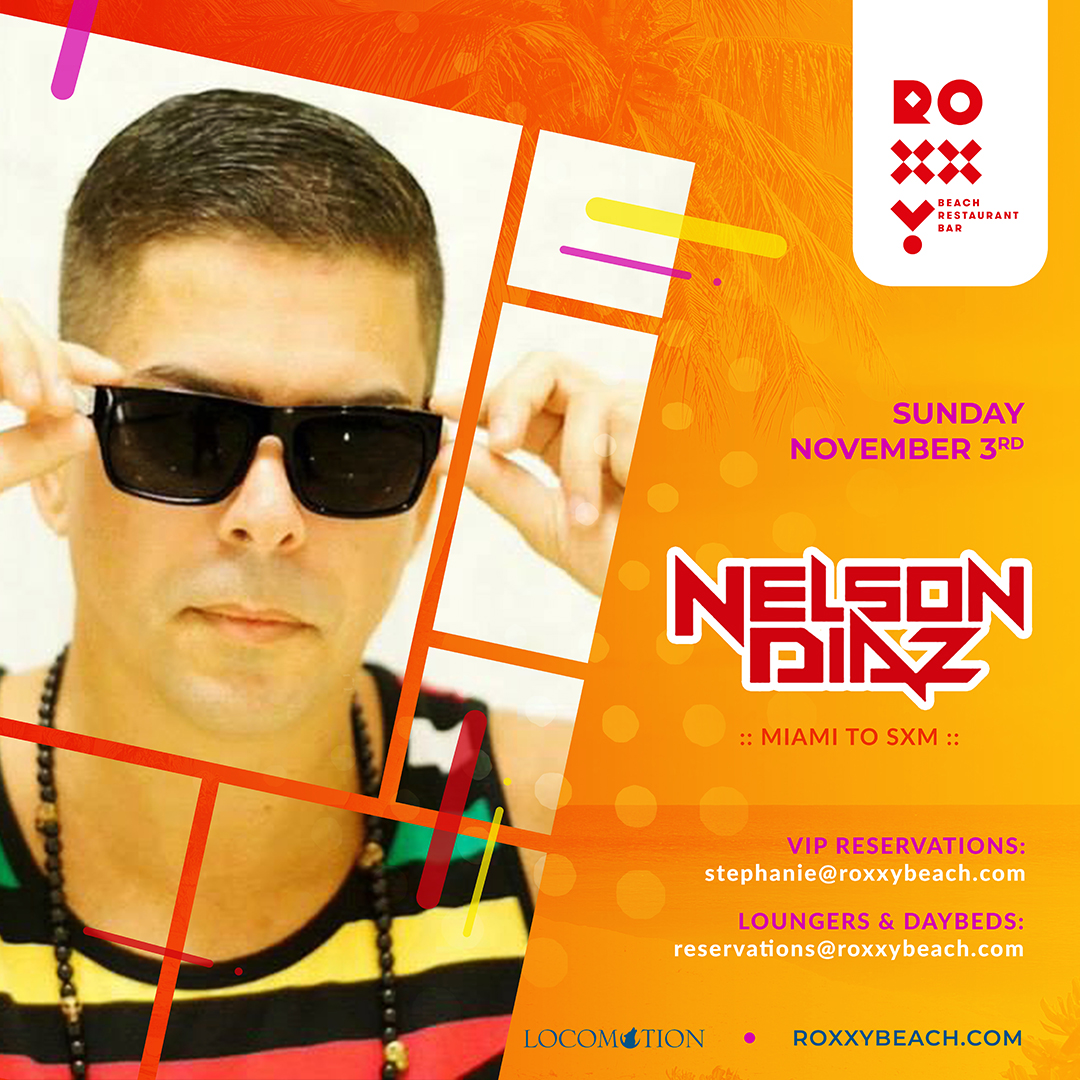 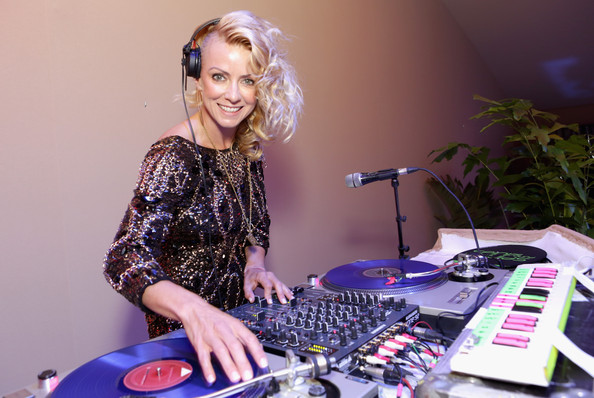 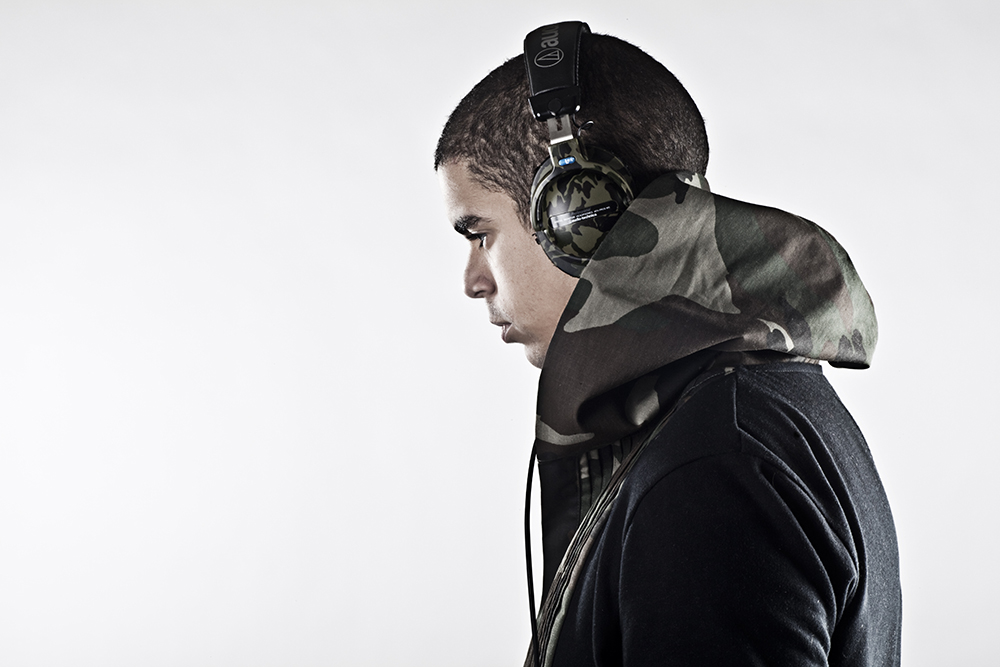 The Dj & Producer already established in the Scandinavian club scene has quickly risen to be one of the most skilled DJ’s in Sweden and norway with both his technique and tremendous energy giving you an entertaining show behind the decks whilst performing.

Today Samuel Abello is a well known name in the Scandinavian club scene standing out with his pure passion for MUSIC and have played alongside and at the official afterpartys with some of the worlds greatest DJ´s and artists such as Drake, Tyga, Lady Gaga, Steve Angello, Hardwell, Nicky Romero, Dj Chuckie, Adrian Lux, Nause, Nari & Milani, Laidback Luke, Starkillers, R.I.O., Djs From Mars to name a few.

Samuel Abello´s fresh sound has now been heard all over the world thanks to the increasing fans. His banging mixtapes and up to date bootlegs got picked up by Tanzanite Records being handpicked by Richard Dinsdale (UK) to be featured on the Miami Winter Music Conference sampler of Tanzanite Records (UK)

… through a mutual friend Simon Kaye (Guru Josh Project) and Samuel Abello were introduced whilst playing a gig on the same line up together on NYE in Egypt. After a few drinks and a long conversation a mutual agreement took place for collaboration. Combining the production skills and enthusiasm of Samuel Abello and the long term global experience of Simon Kaye’s 17 years of career in production and Djing there was no doubt the end result would be epic…

Played in countries such as: 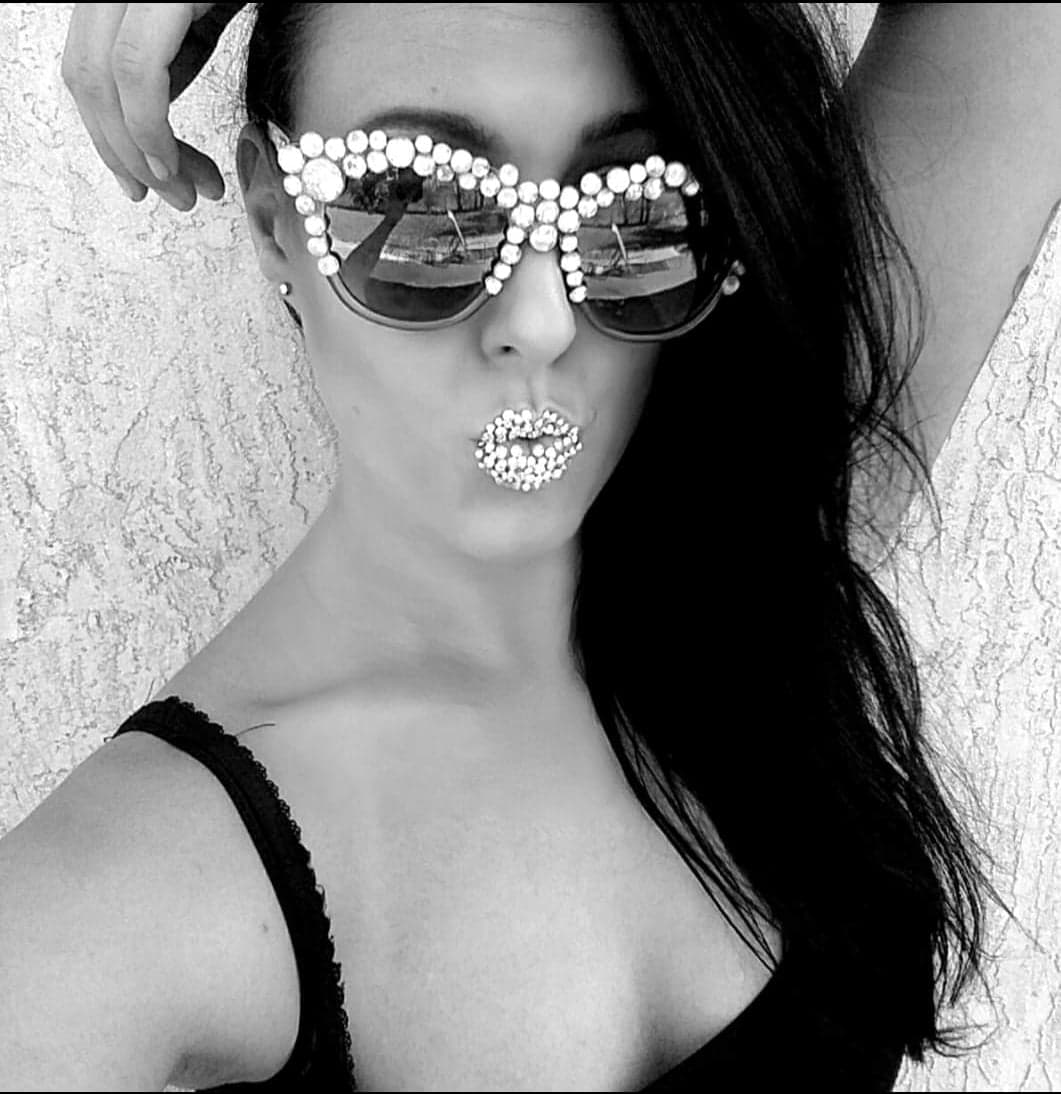 Detroit Michigan native, DJ, Singer, Songwriter & Producer, JDisko aka Jenny Disko, began her professional music career in 2003. Celebrating her 16th year performing as part of a vastly growing industry, and carving her own pathway between Chicago House and Detroit Techno. Jenny quickly found her place amongst the mostly male dominated DJ world, preferring to perform under the name “JDisko”, making her statement known - “She’s an artist first and a female second”. In 2007, she began classical training in beat matching, mixing, and sound production under industry titans and Billboard Magazines top reporting DJs in Grand Rapids, opening doors for a transition to larger scale performances. In 2012, Jenny performed to a crowd of almost 20,000 at the American Airlines Arena in Miami, to 15,000 at the DOME in St. Louis, and has performed - begining in 2009 - as one of the few female DJs on her 10 sailings of the Groove Cruise Miami. She has been welcomed back by Michigan’s #1 Radio Station WSNX as a guest mixer countless times, and with Iheartradio.com for Dance/Electronica. In 2016, Jenny relocated to South Florida, and a year later, she was named “Miami Up and Coming Female DJ of the Year” by BBuzzTV. She is one half of the duo DISKOPRETTY. Jenny has held a myriad of residencies, and guest 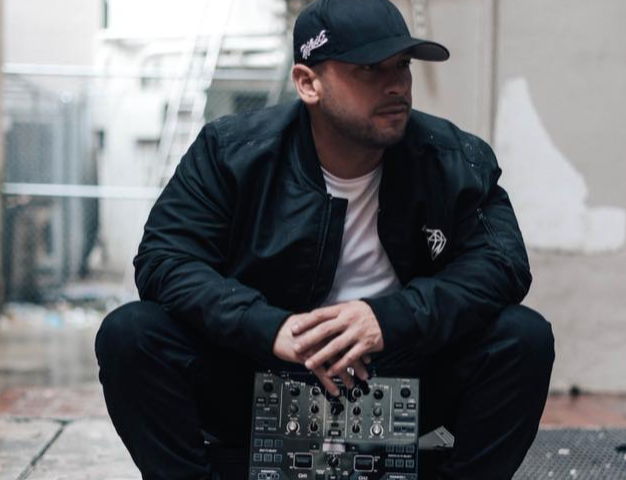 DJ Lexx Bio few pics will send some more over when in office..

Alejandro Aldana, better known as DJ Lexx, is a DJ and promoter of Latin and urban music.  Born in 1986 in the City of Havana, Cuba.  At an early age he emigrated to the United States with his mother.

With the help of a friend who was also a DJ at that time, he began to learn how to mix.  With only 16 years he was already starting to be a disc jockey accompanying this friend to the nightclubs of the moment while learning how to read the dance floor.  4 years later he started working at the famous Nightclub Restaurant (Noodles Italian Cafe) where the owner without knowing much about Latin music gave him the opportunity to start in with his own night.

In the course of that first job, which is the same his still, he has known different cultures and nationalities.  All his listeners invited him to listen to different genres, never taking off his musical influences and tastes for Tropical and Urban music.  “I grew up listening to Salsa, Timba, Bennie More, the Van Van, Celia Cruz among others;  Cuban music icons which will always take care with love”

Among its goals, Lexx has positioned itself among the number one as Promoter and DJ of the Latin nights in Naples, FL. La Noche-Noodles been his house in which it has more than 10 years breaking numbers between generations.  Among his presentations he had the opportunity to participate in concerts such as Oscar D Leon, Don Omar, Alvaro Torres, Alex Sensation, El Chacal, Jacob Forever, Don Omar, among others. 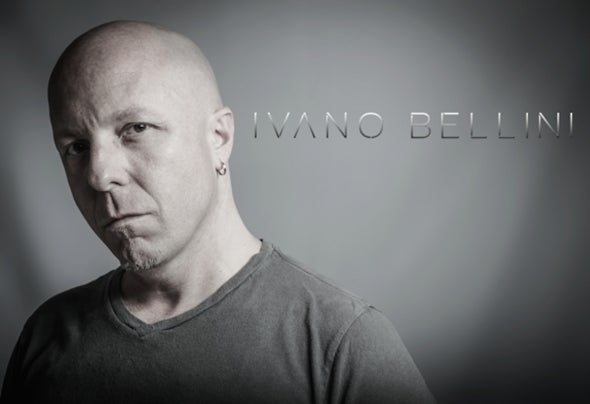 MIAMI – Few DJ/producers ascend to the heights of greatness, where their

orchestral conductors. Having been a professional DJ since 1986, Ivano

Bellini today exemplifies the term *superstar DJ* with his long-running

original Space), Bellini was nominated as “Best Resident DJ” at the 2006

full of hidden pleasures. At a time when advances in technology produce

fledgling producers at a dime-a-dozen, Bellini is among the rare breed of

and wide. With a catalog of his own artist tracks, popular remixes,

compilations and a full-length artist album on the way, Bellini has

established himself in the dance music industry as a penultimate

Lifting his listeners to exhilarating highs on buoyant blasts of audio

(his native French, Italian, Spanish and English), and he never tires of the

music. He also can’t imagine his life without DJing. He says, “I've been

DJing for more than 25 years. If not for the love of it, I would’ve left this

business a long time ago. That's what I always tell ‘kids’ when they ask me

about what it takes to succeed as a DJ: Do it for the right reasons, or you'll

Born in Lausanne, Switzerland in 1966, the young Bellini was influenced by

his father’s jazz performances, as well as the sounds of funk, soul, disco and

Championship. In 1991, Bellini moved to South America where he lived

briefly, but it was a year later when he flew to South Beach on vacation that

his life changed. Falling in love with the sultry rhythms and exotic flavors of

have been regular guests at Bellini’s parties in New York and Miami.

Word spread about the sensuous, fun-loving atmosphere created by

London and the U.S. were clamoring to have him play at their venues.

Bellini says, “I moved to South Beach in ‘91 and started to make a name for

myself there, and I really started to travel in 1996. The feeling was

awesome. I’d always loved to travel, but the best part was to know that my

music was appreciated all over the world, and that it could touch people’s

souls far away from where I lived.”

SFP Records (Sounds For People Records) in 1996, the label that today

houses a diverse array of talented artists and sub-genre imprints. As SFP

Records’ label chief, Ivano Bellini is in the enviable position of discovering

the best new artists, playing their music out in clubs, and finally releasing

them on his own label.

nightclub undertaking: the ambitious nightclub in downtown Miami which

spawned the area now housing Nocturnal, Twilo and other superclubs.

Over the years, Miami’s Space has hosted every global DJ under the sun,

Sanchez, and an endless list. But before any of these world-famous DJs

came to play at Space, Ivano Bellini was already its resident.

House music legend Danny Tenaglia was a regular visitor at Space, and in

2001, he witnessed one of Bellini’s marathon sets. A journalist for DJ

with him at his “Be Yourself @ Vinyl” parties in New York, and the city’s

In March of 2016, Ivano Bellini took upon a new challenge when he was

and Jose Mendin of Pubbelly restaurants. He was put in charge of creating

a musical identity and vibe for the new project starting from day one,

including sound system design. Team work with the Pubbelly Guys and his

being praised by patrons and winning multiple awards from industry

publications. For the next 18 months Ivano Bellini managed the whole

music programming and also took on a weekly residency, something he

hadn’t done in quite some time. The Pawn Broker music programming /

Ruocco. He's working on a new set of projects soon to be released and made

available for the public. In October 2018 Ivano Bellini released his remix of

In May, 2018 Ivano Bellini started his new weekly residency at Roger 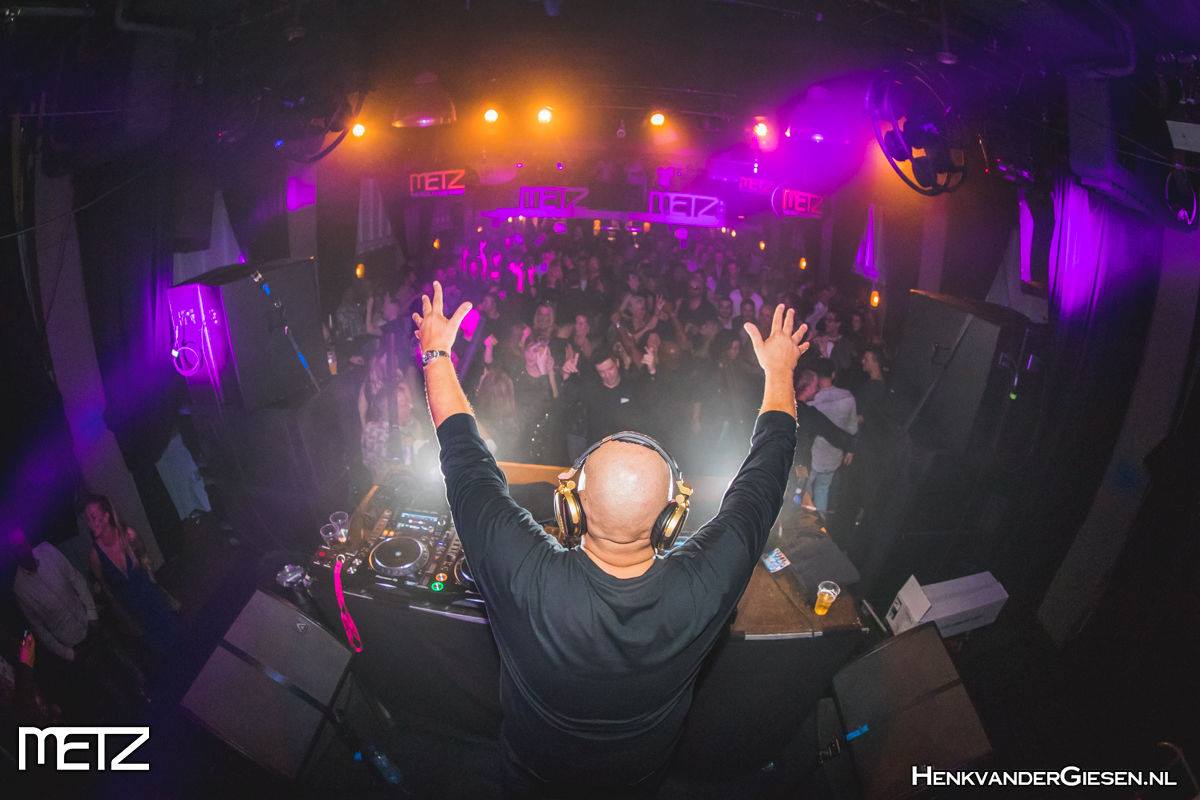 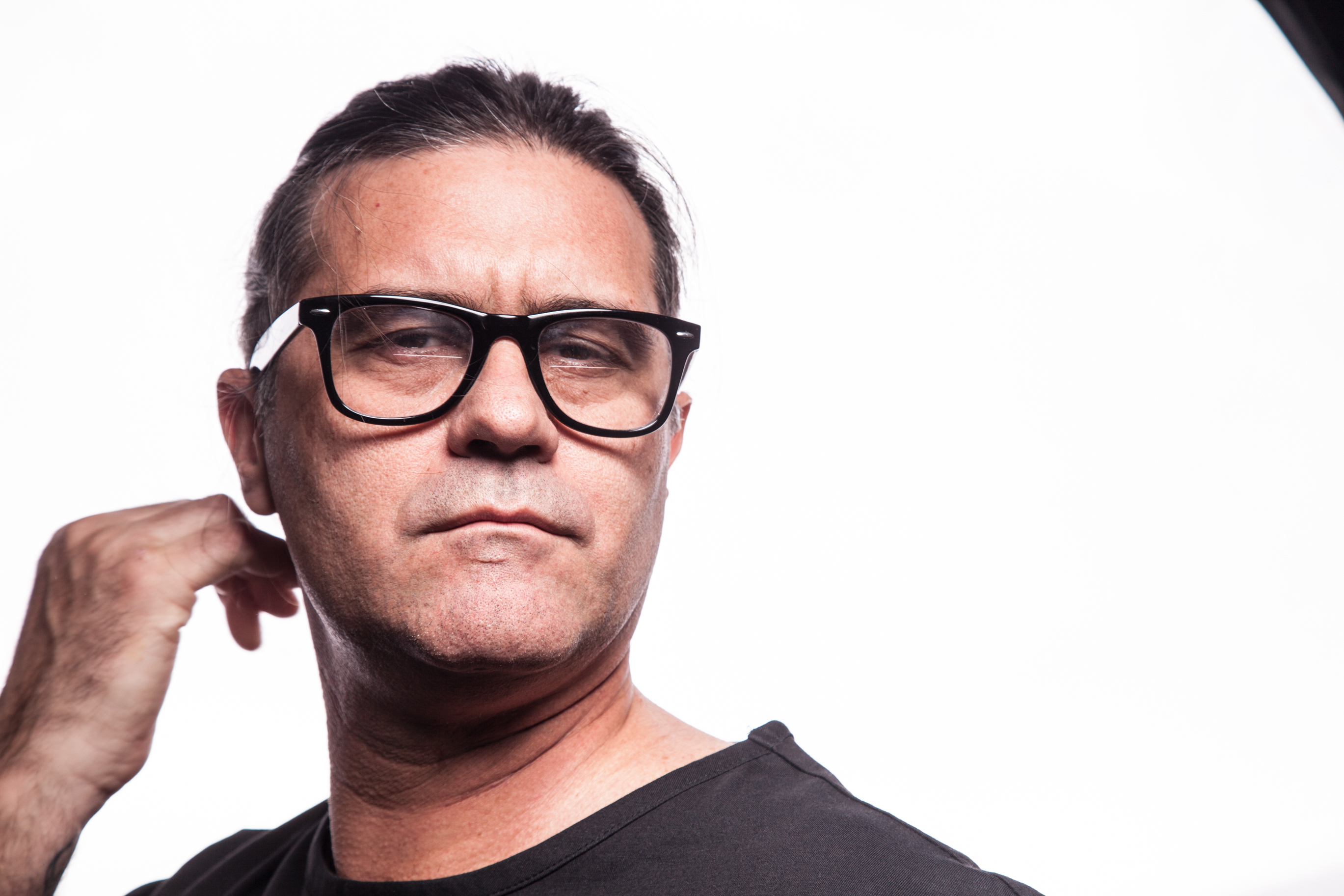 Originally from Buenos Aires, Argentina, Patrick M’s name has become synonymous with the Miami music scene. Patrick M has made a name for himself reaching different audiences and demographics across the globe through his ingenious beats, original productions and charismatic performances.

With his unique, deep-funky house music style, Patrick M was part of a select group of DJs that helped pave the way for house music in Argentina.

In 2003, Patrick arrived at what was to become his home away from home: Miami Beach. Ready to conquer the international market, Miami’s dynamic club scene ensured Patrick’s success. He joined forces with Chopin Hagen, a Buenos Aires based music store, and helped introduce the Grooveman Music concept to the world. The store quickly gained prominence and became the leading dance and dirty house music supplier for South Florida. His numerous collaborations and original beats helped brand him as part of the “Miami Sound” by many Miami resident DJs and producers, including Oscar G, Robbie Rivera and Ralph Falcon.

In 2005, Patrick’s talent landed him a spot at Creamfields dance music festival where he performed in front of 45,000 enthusiasts, and delivered a performance to be remembered. Shortly after, Patrick M became The Terrace Resident DJ at the legendary SPACE MIAMI, where he has become known for his unforgettable marathon sets.

Just recently, Patrick M wrapped up his 2011 world tour. Ibiza, Madrid, Bilbao, Roma, Tunisia, Tel Aviv, Tokyo, Portugal and multiple stops in both North and South America were just some of the locations where Patrick dispersed his infectious beats.

Soon to celebrate his 2 years with record label Stereo Productions, one of the most respected and coveted record labels in the industry, Patrick M shows no signs of slowing down. With his talents on the decks and in the studio, it seems there is nothing Patrick M can’t do. 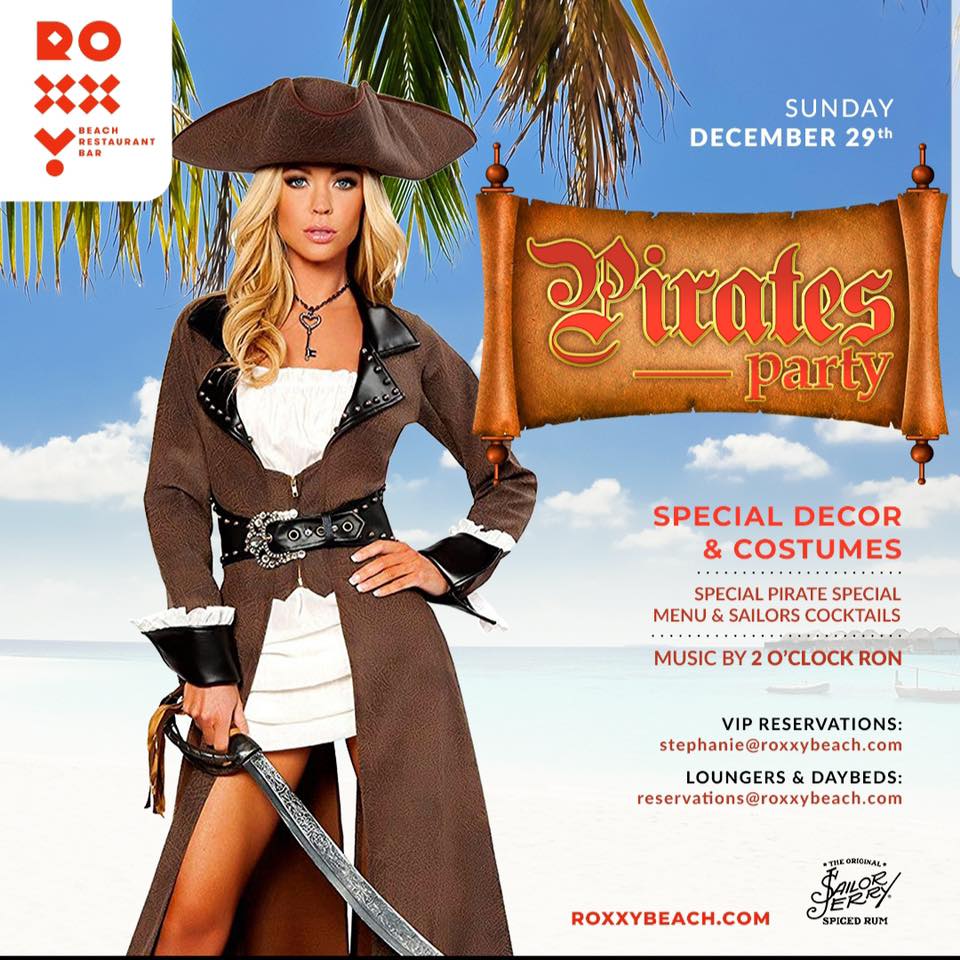 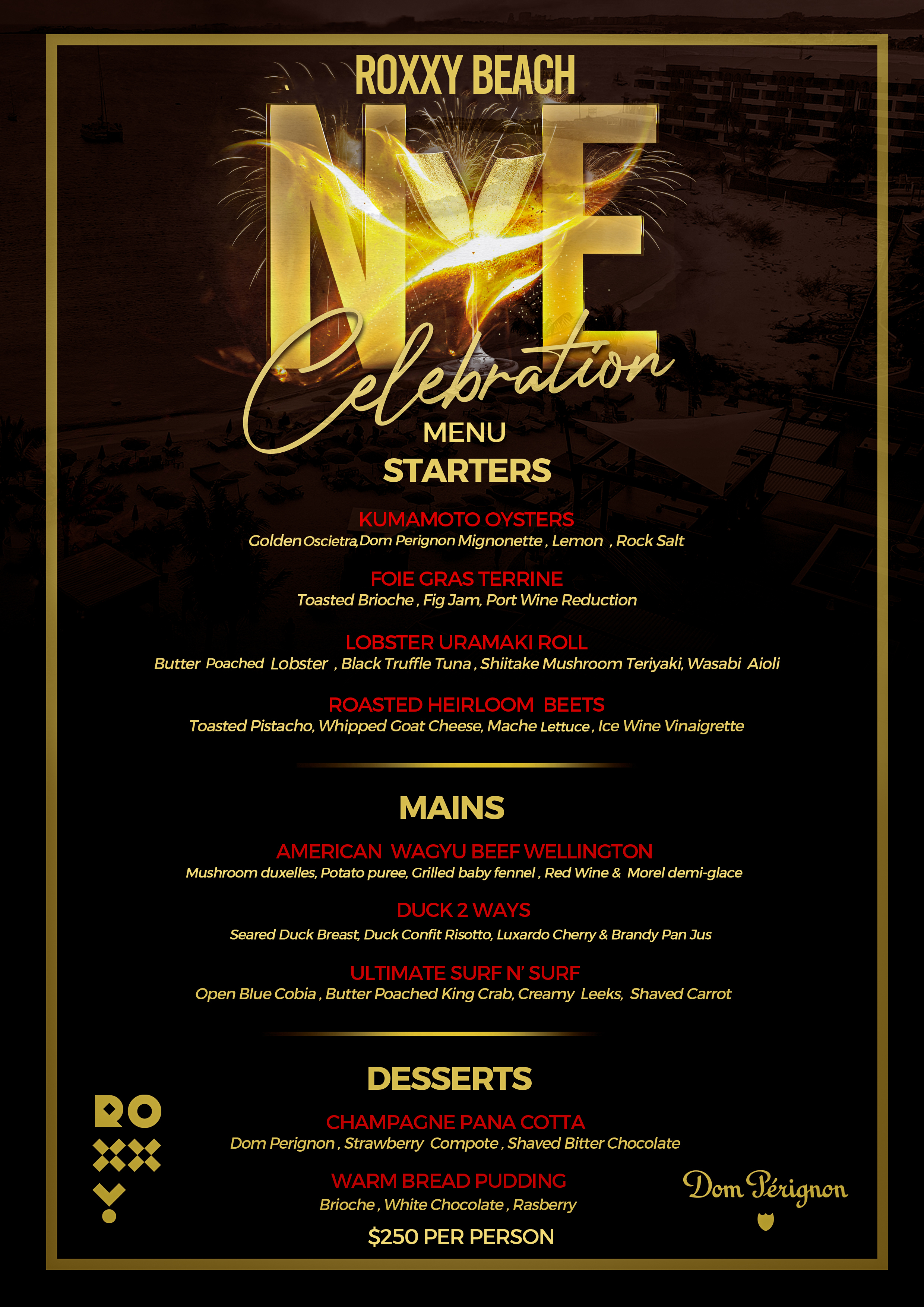 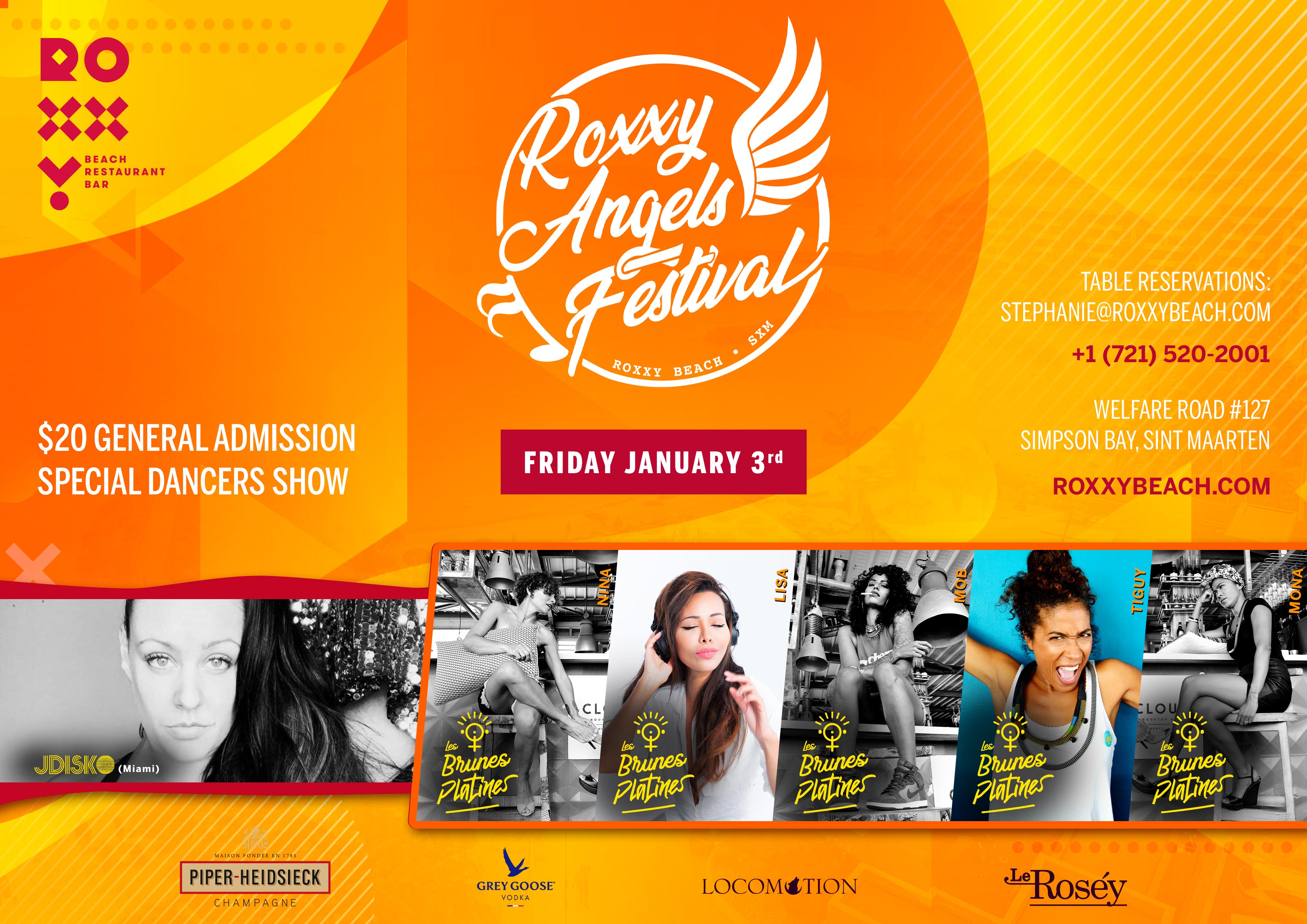 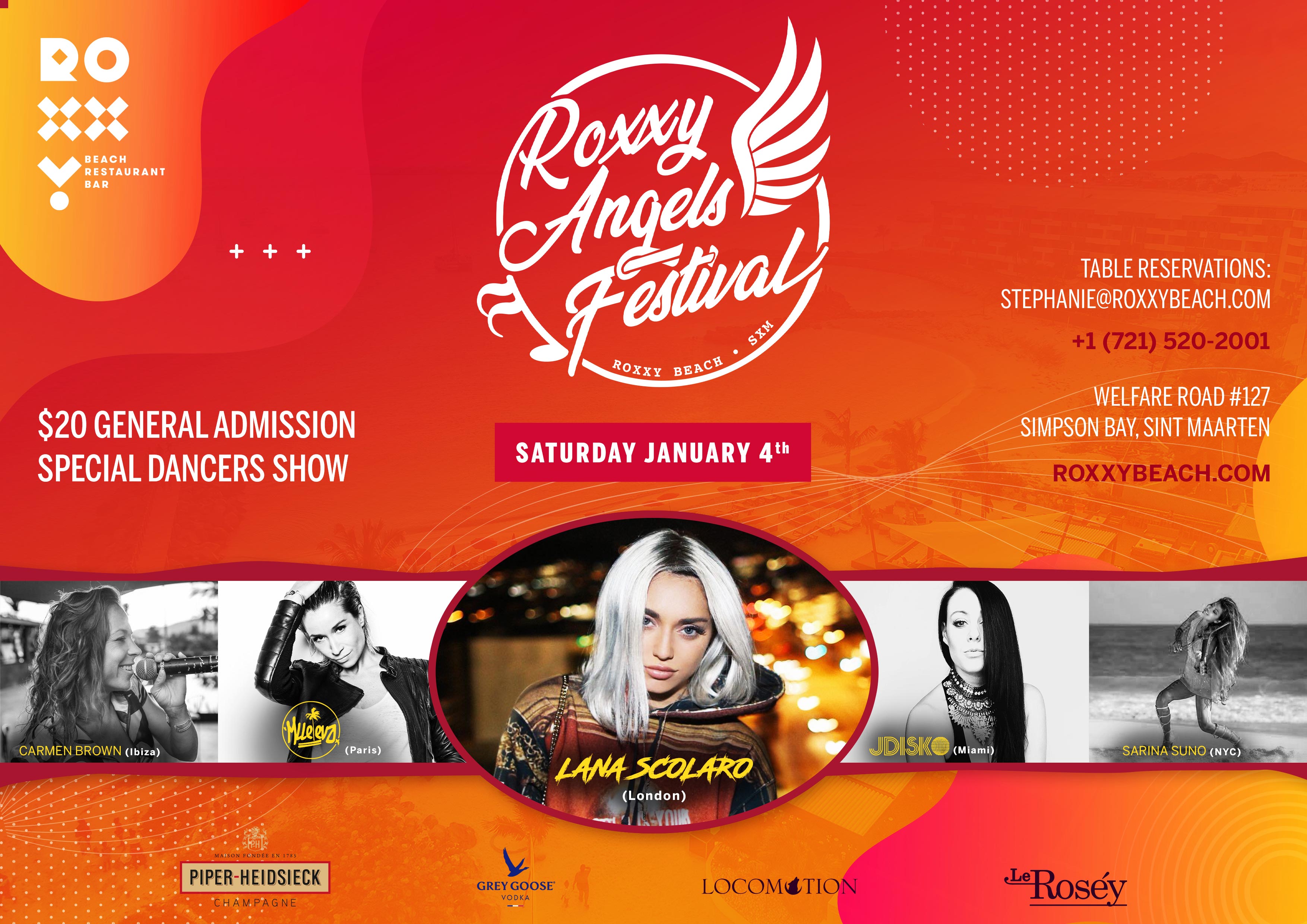 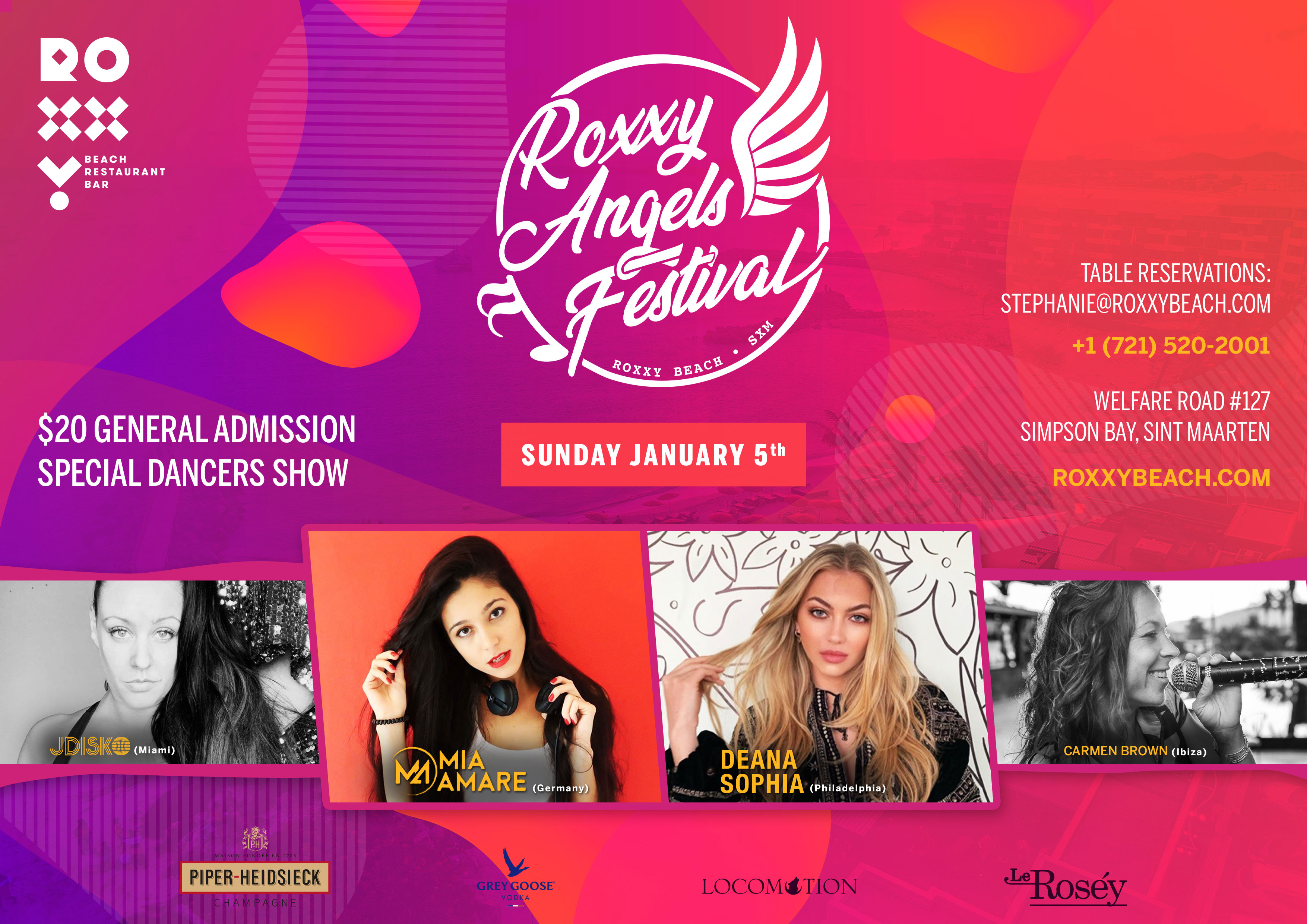 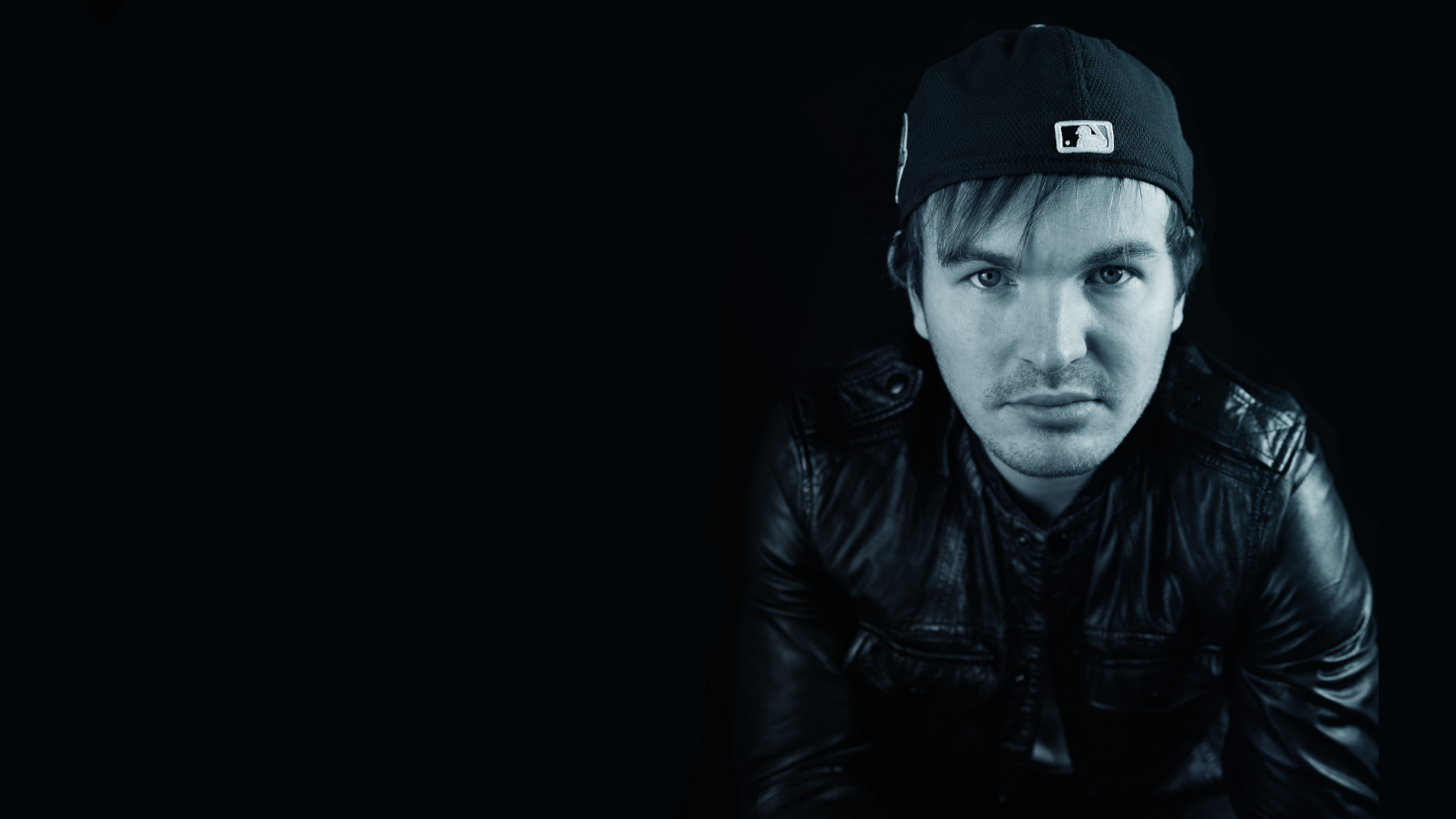 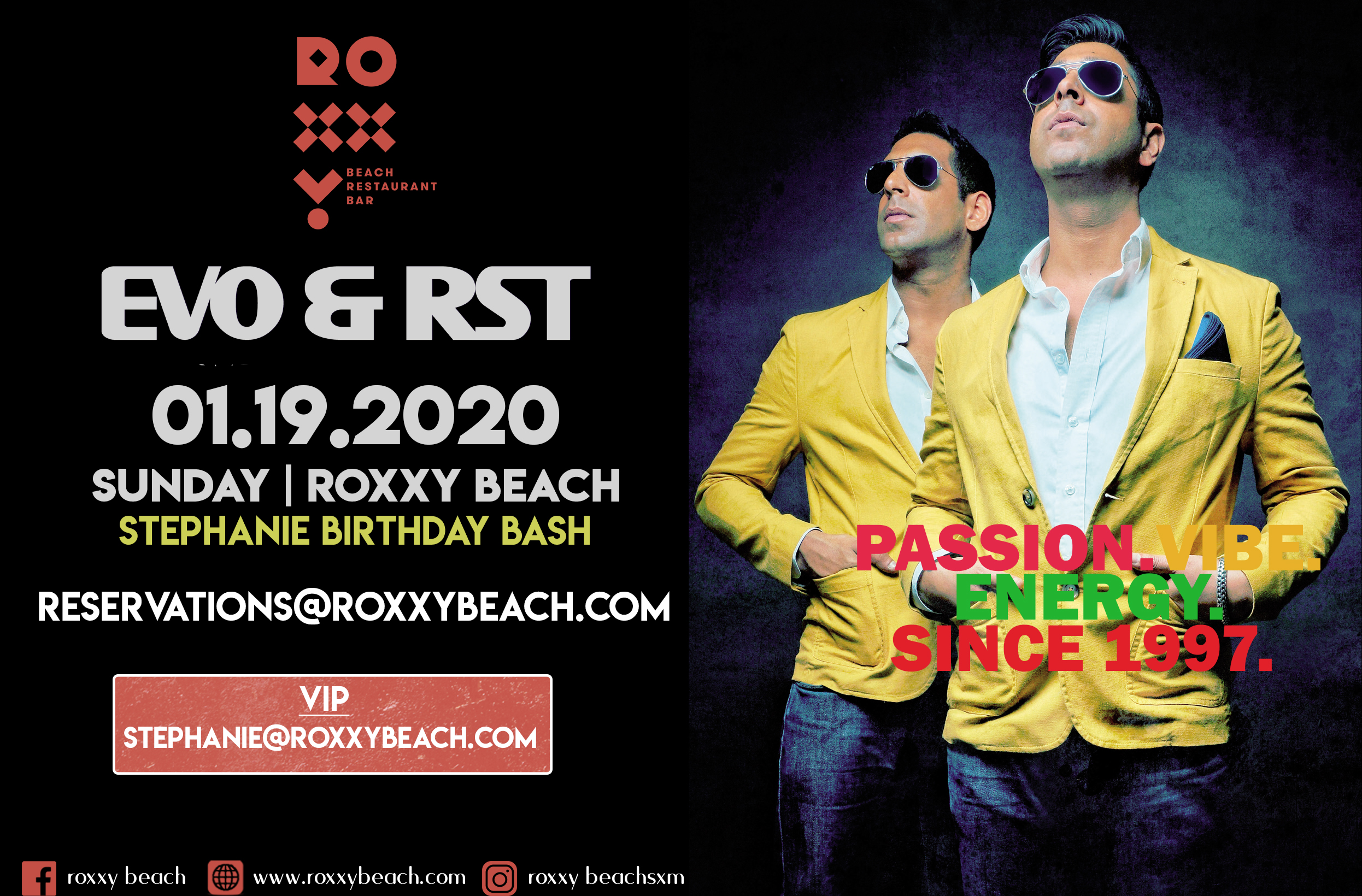 With a string of famed past residencies across the globe, including playing house music exclusively for the likes of will.i.am, Naomi Campbell and Seal, topped with a host of guest performances from Ibiza to Las Vegas over the last 15 years, Evo & RST continue to retain their stature as being the most sought after duo playing internationally for the 'The World's Finest' & 'Quintessentially' clubs entertaining famous faces, the high society & clubbing elite, with their very unique, energetic & uplifting style. 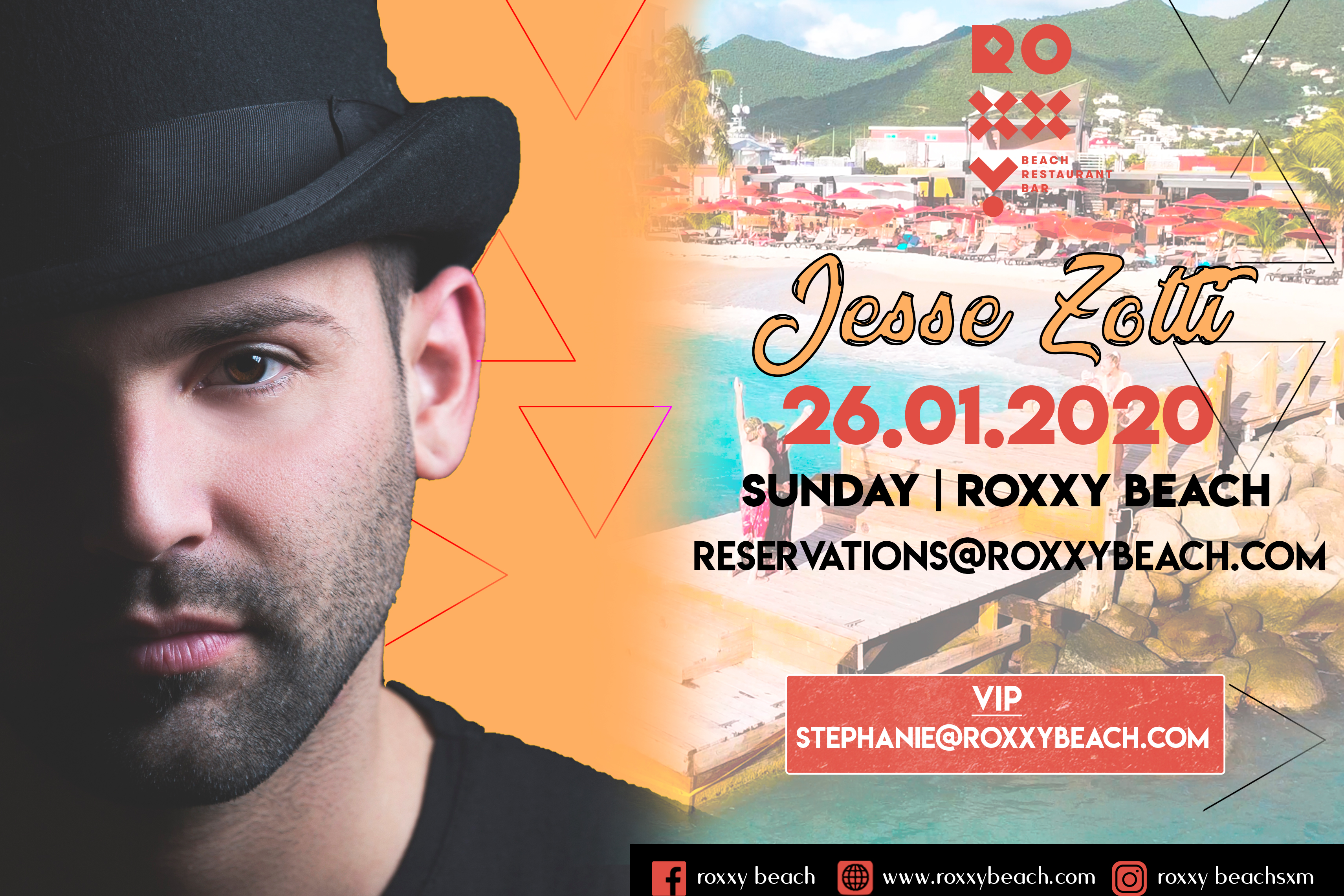 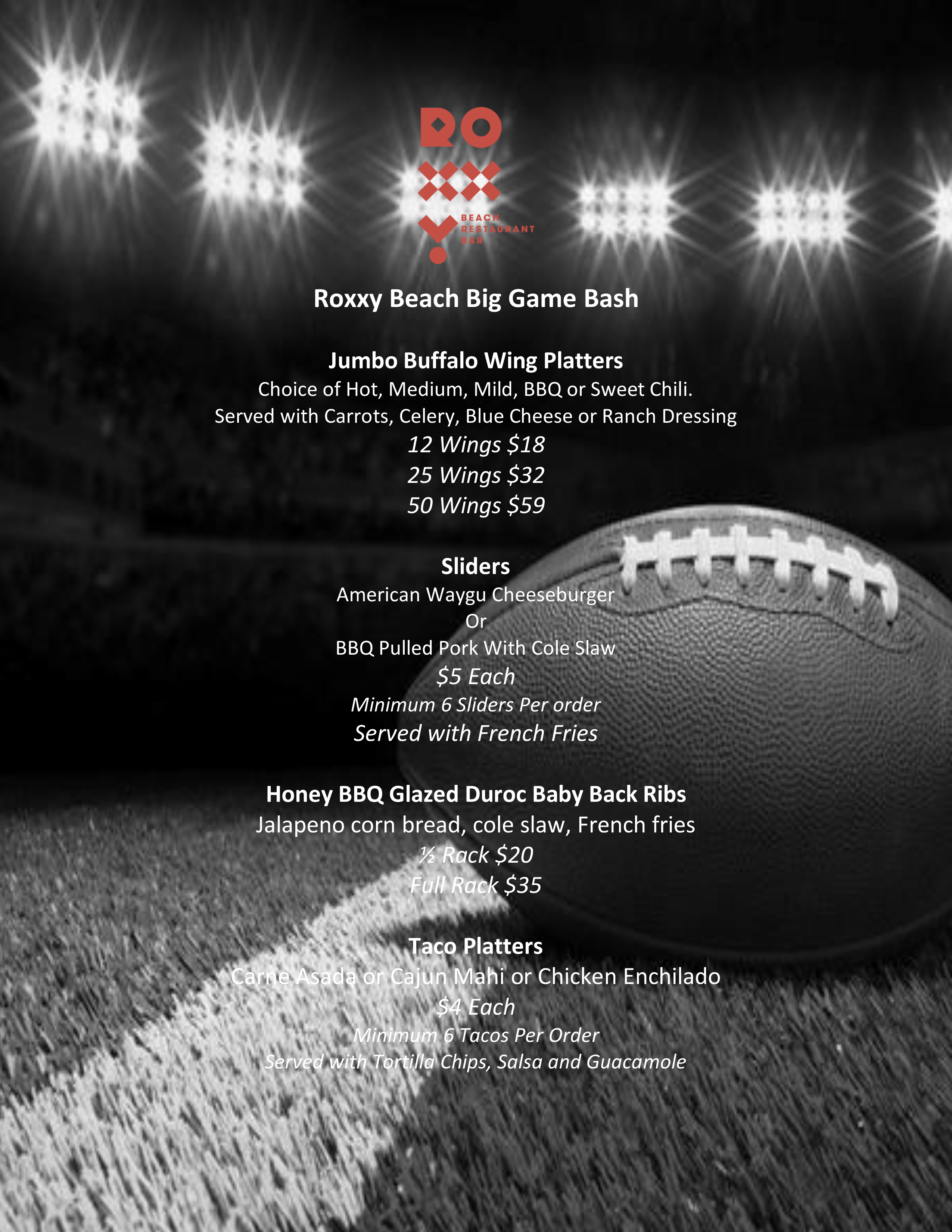 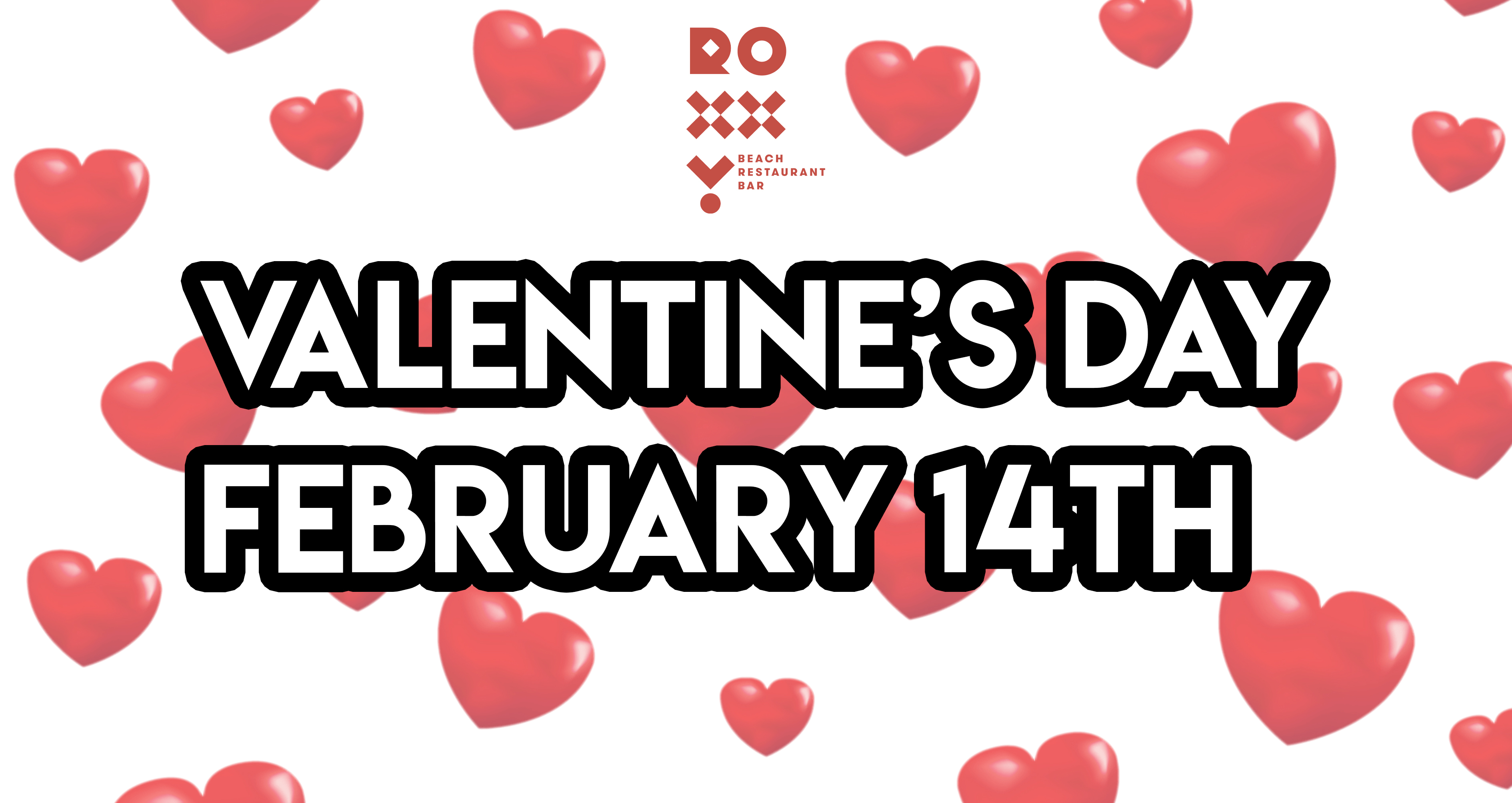 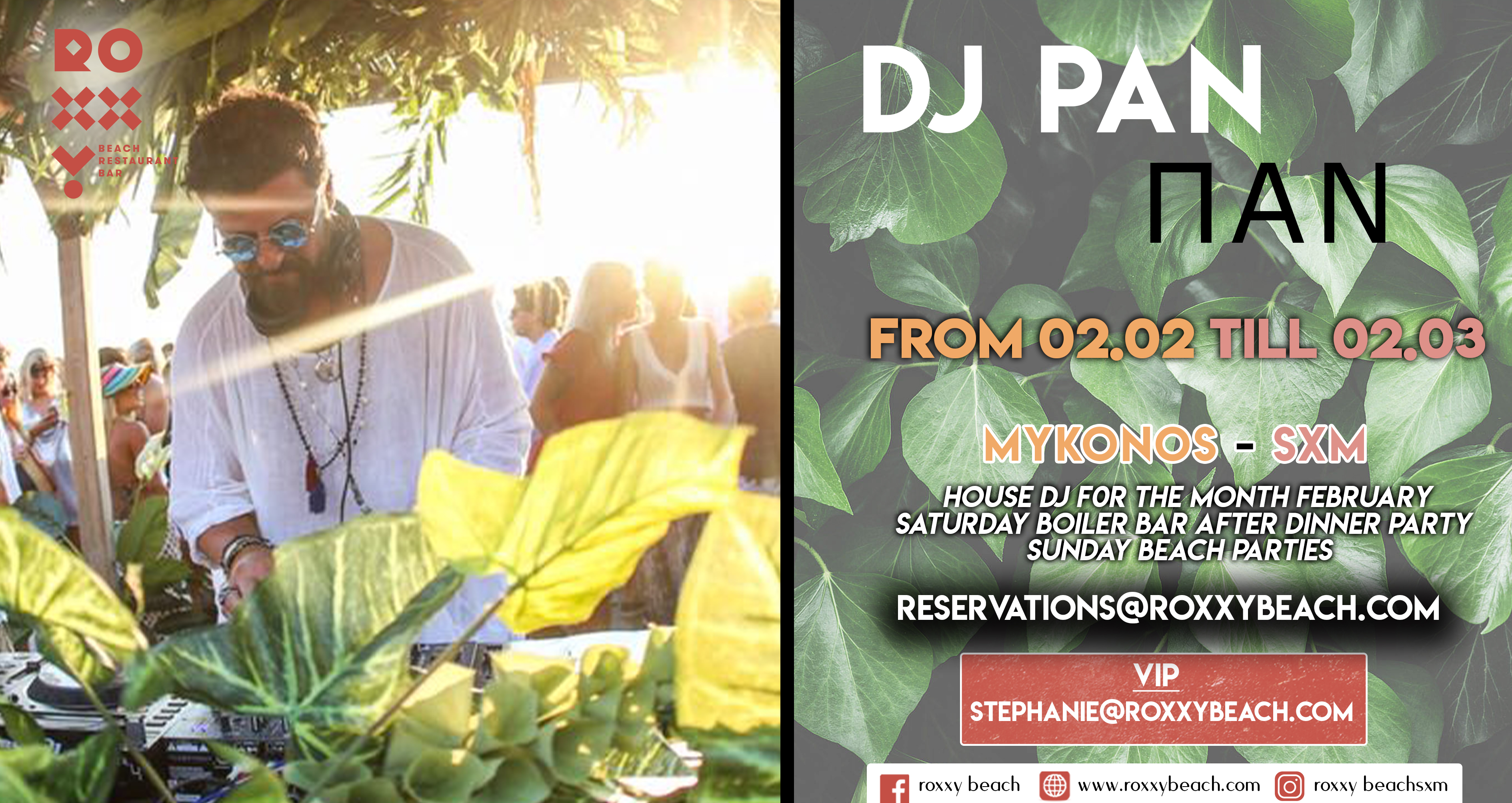